Oils, capsules and edibles can be used for anxiety.
Choose from the categories below:

You’ve probably noticed that CBD has been making waves across the country in the last few years. Is this just the new health craze, or is it a re-discovery of treatment with a plethora of physical and mental health applications? Let’s dive in.

CBD (cannabidiol) is a phytocannabinoid, and the second most abundant compound found in the Cannabis sativa and Cannabis indica plants. Unlike its more well-known cousin THC (tetrahydrocannabinol), CBD does not have psychoactive properties, and thereby does not get you “high.” CBD is primarily harvested from the hemp plant, which has been used in more ways than can be succinctly stated; other than to say it’s one of the great materials of civilization. Currently experiencing a renaissance, CBD is becoming as better understood as it is available to consumers; and in a wide variety of formats. This trend, which shows no sign of slowing, is making products like CBD oil for anxiety flourish both in the lab, online, and in stores. In re-discovering CBD on a societal-scale, it’s important to understand that CBD has been with us for some time.

Historically, how long has CBD been used?

Technically, as CBD is an integral part of cannabis, it has been used since at least 2,737 BCE, our earliest documentation of cannabis use. Though cannabis was studied in the 19th century with preliminary findings suggesting a wide array of health benefits – with Queen Victoria even noting its benefits for menstrual cramps – it was difficult to scientifically measure, as researchers did not know what compounds of the plant were responsible for the effects. To find CBD as separate from the cannabis plant, we have to spin forward to 1940, when chemist Roger Adams isolated Cannabidiol for the first time in history. Even still, it wouldn’t be until 1963 that Dr. Raphael Mechoulam identified the chemical structure of CBD. With that, we would begin to gain some understanding of how separate cannabinoids effect the human body.

How does it work?

While the scientific community has not determined exactly how CBD works on the human brain, we do know that it affects pain, mood, and other functions. Due to regulatory restrictions from the prohibition era and the more modern “war on drugs,” conducting research on CBD has been challenging for several decades. Prior to 2012, only nine studies have been 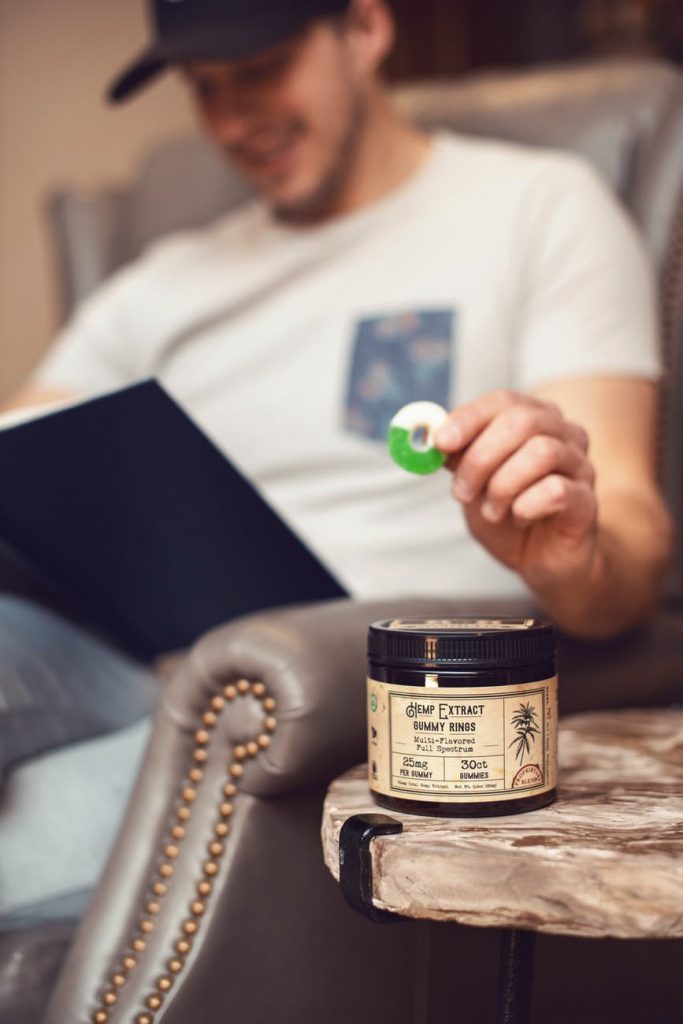 published about CBD. However, this is changing. Thirty studies have been published since 2012, and just this year, a large case study was published on CBD. New research continues to reveal that CBD can be classified as a pharmacologically broad-spectrum drug, “that in recent years has drawn increasing interest as a treatment for a range of neuropsychiatric disorders.”1

From thumping hearts to beading sweat, anxiety affects 40 million adults in the U.S. every year. Though a recognized illness with many treatment options, only 36.9% of those suffering from anxiety seek and receive treatment.2 This could derive from many things, from the stigma around mental health in the U.S. to the high cost or negative side effects of prescription medicines. People experiencing anxiety may also have developed their own coping mechanisms throughout their life. With research as recent as this year showing CBD’s positive effects on neuropsychiatric disorders, CBD oil for anxiety is fast becoming a readily available and cost-effective alternative that was not an option for millions of people just a few years ago.

Researchers have noticed that the runner’s high is induced by anandamide, a neurotransmitter, acting on CB1 receptors, which has the impact of reducing anxiety. Similarly, “the activity of CBD at 5-HT1A receptors may drive its neuroprotective, antidepressive, and anxiolytic benefits.”3 This gives us some indication of how CBD sooths neuropsychiatric symptoms, though the exact cause behind CBD oil for anxiety’s success is not precisely known. Even with that said, and it’s demonstrated effectiveness aside, one of CBD’s most profound benefits is how safe it is. This is especially true when considering CBD as an alternative to medications that give you negative side effects, or that must be carefully monitored for fear of over-dosing, or the wrong person taking it.

How safe is CBD oil for anxiety? In all our documented medical history, there have been zero reports of lethal overdose by cannabinoids. The same study quoted above notes that a crossover study found that long term use of 10mg per day to 400mg per day, with up to 1,500mg per day documented in some cases – did not produce toxic effects. More research will continue to come out as CBD oil for anxiety becomes more popular and shared among peers as a healthy and safe alternative.

So, what’s the best CBD oil for anxiety?

For our top recommendations, check any one of the categories in our directory. The products listed are good for treating anxiety for a variety of reasons. They contain cannabidiol, terpenes and other cannabinoids to promote overall health and well-being. The cannabinoid content of all their products complies with United States federal law. It’s harvested from certified non-GMO organic-standard hemp grown by local farmers in Colorado. Using a cold-pressed extraction method, they are minimally processed by following the highest organic standards in every stage of its creation; from growing, harvesting, and bottling.

Some CBD oil for anxiety is classified as a Crystalline isolate, meaning it has had everything besides CBD processed out of it. Most of our vendors, on the other hand, create their products using full-spectrum cannabinoid oils, meaning they retain small amounts of the full family of cannabinoids. Some full-spectrum oils contain small amounts of THC as well, thought these are only available where marijuana has been legalized.

All of their products are evaluated by a third-party lab to ensure that only the best product is available. This includes testing the hemp concentrates for even trace amounts of pesticides. The lab determines if there are any microorganisms or harmful pathogens such as bacteria and fungi, and moreover, it identifies any harmful solvents, impurities, heavy metals, and added odorants or other chemicals. Each product receives a Certificate of Analysis that is made public and signed by practitioner.

CBD oils for anxiety are available in doses ranging from:

Prices range depending on the dose and dose method. 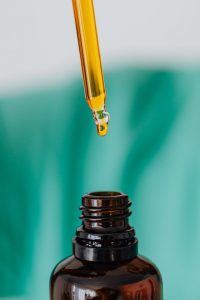 While marijuana is legal in only 28 states in some form, CBD is legal in 44 states. Check out this interactive map to see if your state has legalized CBD.

Will CBD show up on a drug test?

Because most CBD products have no or trace amount of THC, you generally will not fail a drug test.

Does CBD oil get you high?

Even in full-spectrum cannabinoid CBD oils, which include THCa, you will not get high from CBD oils. THCa only converts to THC, which is what gets you high, when it is heated. The effect of full-spectrum cannabinoid CBD oils is still a pleasant, calming feeling. It has been described as The Entourage Effect, as these oils contain all the compounds present in the natural plant.4

What is CBD oil?

CBD oil is a liquid extract of the cannabis plants frequently made from hemp stalks and seeds.

How is CBD Isolated from the cannabis plant?

Using a CO2 as a solvent is the preferred method to extract pure CBD isolate, as it leaves far less contaminants than other methods.

How do I take CBD oil for anxiety?

You should start conservatively with your dosing, say 5 – 10 mg twice daily. If you are comfortable with the experience you can slowly increase up to 50 – 100 mg per day. If you’re using an oil bottle and dropper. Apply about one or two drops, depending on your oil, below the tongue as a beginning dose. Be sure to always reference the product details for dosing information.