King Kanine comes highly recommended by owners who treat their pets with CBD.  They offer oils, treats & topicals for small, medium and large dogs and pets. All oils come with a dosing chart & oral syringe to ensure the maximum amount of CBD per dose. Strengths are from 75 mg to 600 mg. Shipping is free on all orders over $100. 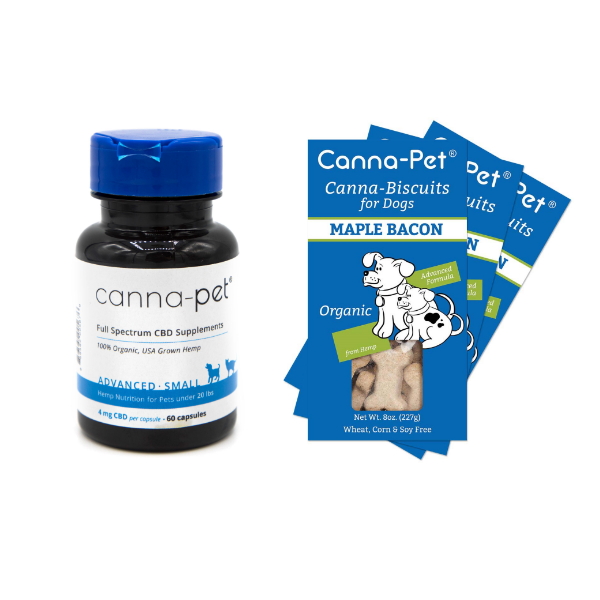 Canna-Pet, another top provider of hemp-based supplements for dogs and cats, features a line of capsules, biscuits & oil liquid containing a broad spectrum of cannabinoids, terpenes and flavonoids. For those who seek the highest levels of activated hemp CBDs possible, their Maxhemp products provide the MOST activated hemp for pets at 30.2 mg PER CAPSULE, which may be served to dogs or cats of any size. 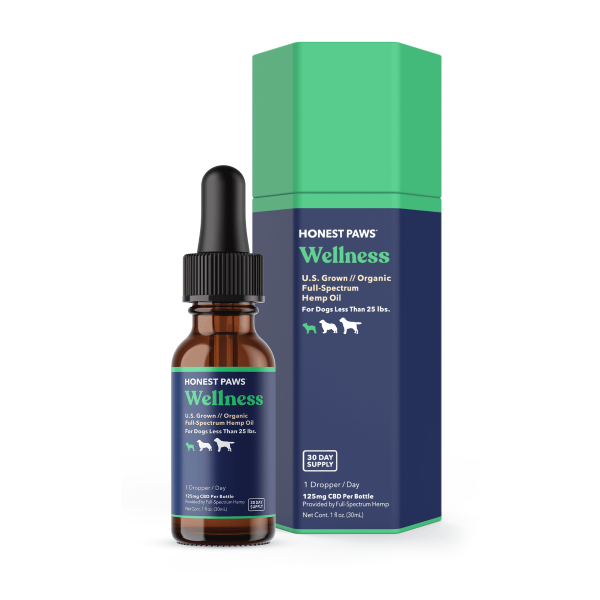 How Is CBD Oil For Dogs & Cats Beneficial? What Can CBD Oil Do For Your Pet? 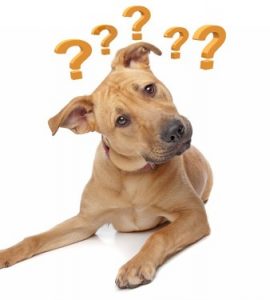 Here are the most common reasons why pet owners are excited about CBD oil for dogs and cats:

Is There A Difference Between CBD Oil For Pets & Oils Used For Humans?

Many have taken an interested in CBD for their pet. However, confusion still arises as to what is best for our pets. Most often people take the approach that regular full-spectrum CBD oil used by people is OK for pets but is it?

The short answer is ‘no.’ Some human products contain ingredients and flavors not suitable for pets. Those with more than 0.01 THC should be avoided. “MLM groups” who sign up friends and family to market their products have figured they can just it’s good for pets too. But do they really know what they are selling?

Furthermore, when it comes to proper doses, there is even more confusion.

We often recommend pet owners to be careful of those who make medical claims. Also, don’t go by dosing information based on what others give their pets. There are many on social media posting general answers like, “I give my pup 2 drops in the morning.” But they never say if their dog is a 14-pound Pug or a 125-pound Doberman. They also don’t mention what mg of tincture they are using here. The specifics are important.

Paraphrasing, one University study recommended that ‘if your pet has never used CBD, start with a week-long “load dose” and back down by half week two and beyond. This works, however, don’t be one of the many people who start too low, don’t see the effect they were hoping for and then quit too soon. No pet is the same. So you may need to adjust a little up or down — but stay within the general guidelines and you’ll do well.

If you follow a dosing (or serving size) recommendation based on your pet’s weight, you will be off to a good start. In general, there is a good formula which states for the first week, if your pet has never had CBD, use 0.7 mg per kg of weight, 2 times daily. Then from week 2 and on, use 0.5 mg per kg of weight, also twice daily. Some people find CBD’s effect dissipates after 4-5 hours and wonder what to do then. We recommend CBD treats during the day to give your pet a little added boost.

Is CBD Oil Safe For Dogs?

Generally, CBD is considered safe and side effects are infrequent. This is why so many owners are trying CBD for their dogs.

Most reported side effects are from an interaction of drugs and CBD. However, CBD doesn’t produce negative side effects like drugs.

Just make sure to be careful with when you choose a manufacturer so there are no problems with your dog’s CBD. Keep in mind:

1. CBD oils made with solvents can contain residue that is toxic.

2. A lot of CBD labels aren’t accurate. A 2017 study showed that as many as 1/3 of CBD products sold had less CBD in the bottle as stated on the label. Many had higher levels of THC as well.

The 2018 Farm Bill made it hemp legal in the US. Before that, CBD was included with other drugs like marijuana under the Controlled Substances Act.

It is no longer a controlled substance as hemp-derived CBD is non-psychoactive and contains less than 0.3% THC.

What About Full Spectrum Claims?

There are many online who say if it isn’t “full spectrum” it’s no good. However, often…

How Do I Find The Best CBD Oil For Dogs?

Due to the fact that the CBD industry isn’t well regulated, many poor quality products end up on the market.

So how do you find the best CBD oil for your dog?

In short, they do not compromise on quality. Their top priority is providing the best product for your furry friend as much as possible. They take pet wellness seriously and even their customer service will reflect that desire to provide the smoothest experience possible.

For example, each item of King Kanine’s collection goes through a rigorous manufacturing and quality-testing process. Their CBD is extracted from industrial hemp only cultivated in the United States in strict compliance with local and federal laws.

Their oils are manufactured in a GMP Certified, ISO-90001 Certified FDA Facility. Lastly, each of their products is tested by a third-party lab to ensure purity, potency, and overall quality. All King Kanine, Canna-Pet & Honest Paws items are certified organic and are free of pesticides and solvents.

How Long Does It Take To Work?

When CBD is taken orally, it can start working within 30 to 90 minutes. This is one of the benefits, it works fast!

If you are able to squirt the CBD oil right into your dog’s mouth, you it could take affect in as little as 5 to 20 minutes. More of the CBD is absorbed when given directly into the mouth, so you can use a smaller dose.

Now that we’ve discussed some about how to choose a good quality oil for your dog, let’s discuss WHY you should even give your dog CBD oil.

Don’t forget, CBD works on a chemical messenger system in the body’s of dogs and pets called the endocannabinoid system.

CBD Oil For Dogs With Arthritis

If your dog has pain, your vet might prescribe NSAIDs or anti-inflammatory pain meds.

But NSAIDs can cause deterioration in joints and soft tissues over time which can damage your dog’s liver.

Gabapentin is a common pain medication which can cause kidney damage. Additionally, it’s not that effective.

CBD is a natural anti-inflammatory that doesn’t carry the same risk of side effects as drugs. It works by binding to CB1 receptors in the brain. These receptors stimulate the immune system to reduce inflammation.

CBD also binds to CB2 receptors that are found in the nervous and immune systems. When this happens, the body may produce more cannabinoids naturally, and this helps reduce inflammation even more and reduce the pain associated with it. CB1 receptors also change the way the brain responds to pain.

In fact, researchers at Cornell University found that dogs taking CBD for arthritis showed an increase in activity and a decrease in pain.

Some of the common ways to use CBD as an anti-inflammatory in dogs include:

CBD Oil For Dogs With Cancer

Half of adult dogs today will sadly get cancer. Cancer is a massive health challenge for anyone, including a pet.

As researchers are always looking for new ways to treat cancer, CBD has been extensively researched as a cancer-fighting substance.

For example, a study in mice showed that CBD slowed the growth of mammary cancer cells & another study in 2018 found that CBD increased survival time in mice with pancreatic cancer.

Researchers also found that CBD blocks a cannabinoid receptor called GPR55. This is important because GPR55 increased the growth rate of cancer cells in mice.

Other animal studies also show CBD oil has cancer fighting abilities and can slow the growth of tumors. Another study also shows cancer cells can become more sensitive to treatment with CBD … which means CBD can increase the effectiveness of conventional cancer treatments.

CBD kills cancer cells by blocking their ability to produce energy. It also stimulates the immune system to produce killer cells that cause death in cancer cells.

CBD oil can also help with the nausea associated with many cancer treatments. Another study showed a significant reduction in cancer-related pain.

CBD Oil For Dogs With Seizures And Epilepsy

It’s estimated that about 5% of dogs suffer from seizures. They can be terrifying for both dogs and their humans … and they can cause anxiety.

Most vets treat epilepsy and seizures with antiepileptic drugs, such as phenobarbital or potassium bromide. But these drugs are extremely harmful to your dog’s liver and other organs.

Even if the drugs don’t cause unmanageable side effects, they don’t always work …

So researchers at Colorado State University were excited when they studied CBD as a treatment for epilepsy in dogs. A whopping 89% of dogs that received the CBD had a reduction in seizures.

In human trials, CBD was found to work in patients with drug resistant epilepsy. In one study, 7 out of 8 patients saw a marked improvement within 4 to 5 months.

CBD can reduce the frequency and severity of seizures because of how it interacts with the endocannabinoid system.

CBD Oil For Dogs With Anxiety

Certainly there an anti-anxiety drugs available. However, CBD is being studied for anxiety due to it not carrying dangerous side effects.

Most human users of CBD take it for pain, anxiety and depression. Over a third of these users report that CBD worked “very well by itself.”

CBD has even been used to manage anxiety and insomnia in children with post-traumatic stress disorder. Animal studies show its antidepressant effects aren’t just for humans.

CBD can work quickly if given directly in the mouth when your dog is stressed. It typically works within 5 to 20 minutes.

However, CBD appears to most beneficial for anxiety when given over a period of time. So if your dog is prone to stress, a daily dose might be best.

A 2012 study looked at stress in rats that were exposed to cats. The rats given repeated doses of CBD had less anxiety than those who were given a single dose.

More research is required to determine just how CBD relieves stress and anxiety, but it’s thought that helps regulate serotonin. Serotonin is a hormone that regulates mood, social behavior, digestion, sleep and appetite. 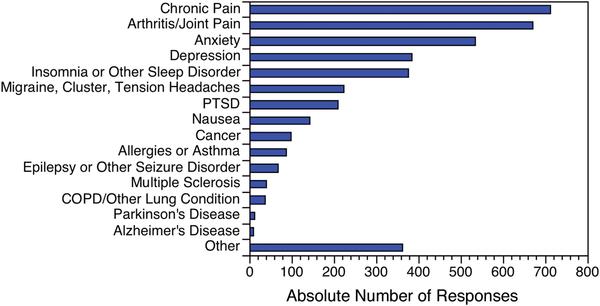 CBD Oil For Dogs In Pain

Probably the most promising research on CBD is that done on pain. From nerve pain to arthritis, it works without the harmful side effects of pain medication.

CBD binds to both CB1 and CB2 receptors in the brain and nervous system and this helps change the way your dog’s brain perceives pain.

Plus, CBD can help manage the other symptoms that accompany pain, such as sleeplessness and nausea.

CBD Oil For Allergies In Dogs

Allergies and skin conditions are difficult to treat when they arise.

The endocannabinoid system is also found in the skin, which is good news for dogs with allergies.

CBD can help relieve dry and itchy skin. It can also encourage the growth of new healthy skin cells.

CBD can be given internally for allergies, or externally for hot spots or cysts between digits.